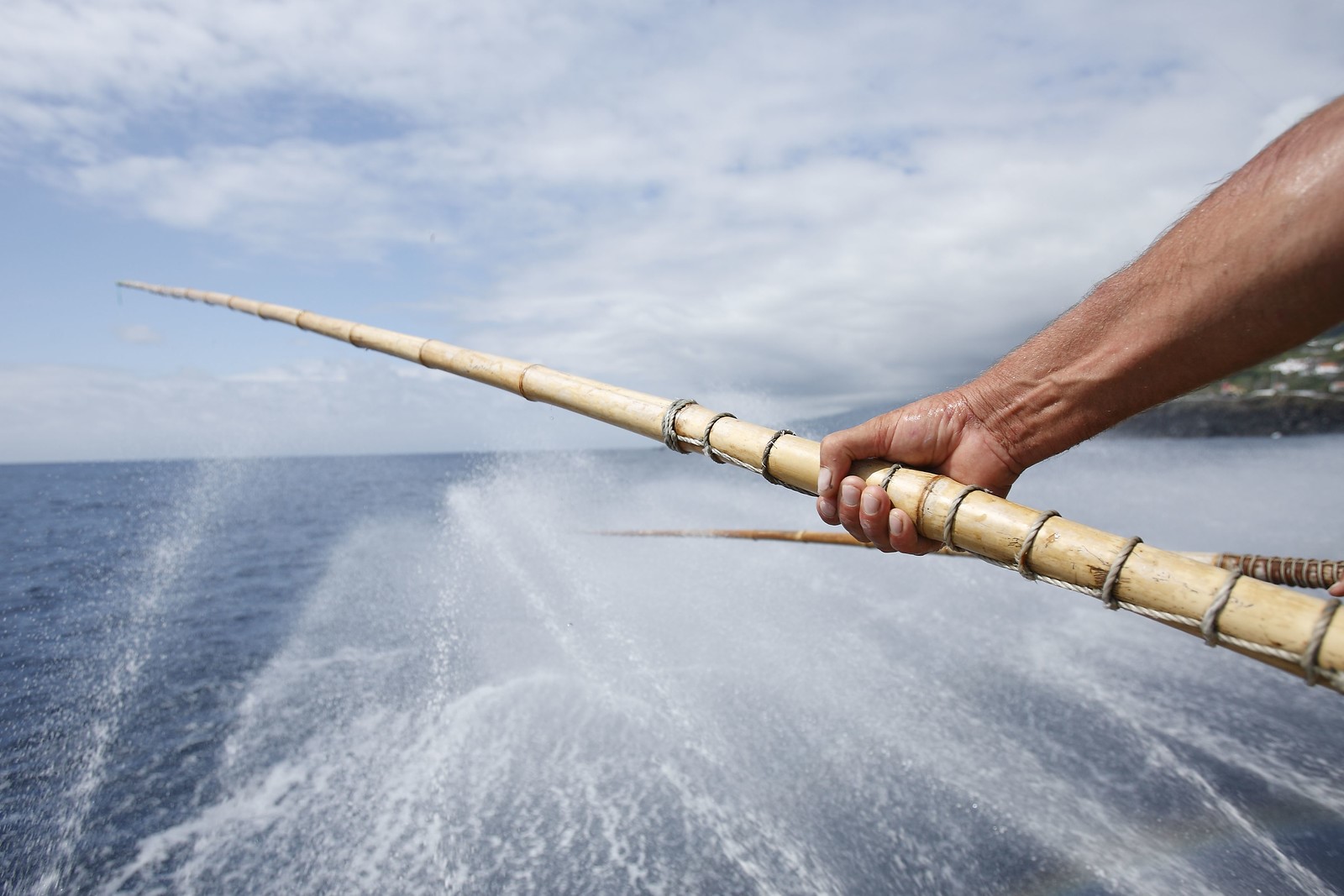 This fishery was established by the Spanish and the French in the Bay of Biscay at the end of the second world war. The original fishery operates in the summer months as this suits the migration patterns of the albacore tuna in the Atlantic. In 1970, the fishery expanded to operate off Morocco to cover the autumn months when the albacore tuna seek warmer waters.

This fishery catches tuna using two one-by-one techniques, pole-and-line and troll. The fleet operates between July to September, and for pole-and-line live bait is used, typically sardines, to attract the tuna. The live bait is thrown into the water to create a feeding frenzy amongst the tuna, and then each fisher lowers their pole and line into the water to hook their fish. The poles are made of fibreglass and use barbless hooks. When a tuna is caught, it is swung onto the deck and immediately put on ice in storage holds. The fisher then re-casts their line to catch another fish.

During troll fishing, artificial lures on barbless hooks are pulled at a slow speed through the water from varying lengths of line that are attached to the back of the boat. The disturbance of the surface waters caused by the dragging, resembles the movements that small fish make and attracts the tuna to the boat. When a tuna is caught, the fisher hauls in the line and removes the tuna, returning that same hook and line to the water, after.

Both methods are very selective, causing little to no bycatch, and only a limited amount of gear is lost to the sea. This fishery, therefore, has very little pollution or impact on the local ecosystem.

The original fishery in this area began 400 years ago as a troll fishery targeting cod. Over time, tuna became a part of the catch alongside cod.

Atlantic Ocean
This fishery was established by the Spanish and French in the Bay of Biscay at the end of WWII. The original fishery operates in the summer months as this suits the migration patterns of the albacore tuna in the Atlantic. In 1970, the fishery expanded to operate off Morocco to cover the autumn months when the albacore tuna seek warmer waters. 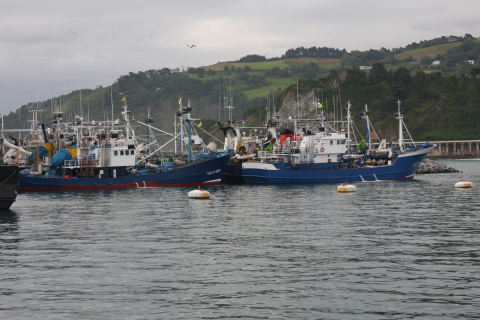 Albacore tuna have particularly long pectoral fins, which inspired their name "Tombo" meaning dragonfly, in Hawaii. This species of tuna is an important contributor to the US canned tuna industry, but can be eaten in numerous different ways.
Atlantic Ocean
Pacific Ocean
Indian Ocean
Thunnus alalunga
END_OF_DOCUMENT_TOKEN_TO_BE_REPLACED

This fishing method provides the most selective targeting of tuna possible, with minimal bycatch of non-target fish and marine wildlife like dolphins, turtles and sharks. Pole-and-line fishing targets schools of tuna near the ocean surface, and therefore only needs to use short lengths of line on each pole, typically  5-10m.
END_OF_DOCUMENT_TOKEN_TO_BE_REPLACED 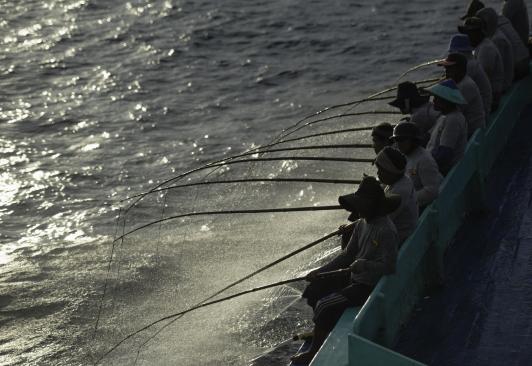