Did you know that there are 23 major commercial tuna stocks? While each species can have multiple genetic stocks, consumers and other supply chain stakeholders are most likely to come across only a few species, namely skipjack, albacore, yellowfin, bigeye or one of the three bluefin tuna species. Skipjack accounts for more than half of the global catch of tuna, followed by yellowfin, bigeye, and albacore. Except for albacore tuna which has a pinkish colour, the raw flesh of tuna is dark red, typically turning more brown or grey when cooked.

They form an important part of the diet of millions of people, contributing to the food security of vulnerable coastal communities while also being served in high-end restaurants as sushi and sashimi. As such, they are one of the most commercially valuable fish and a sought-after commodity.

Tuna are highly migratory species which means they can swim long distances, crossing entire oceans and across the borders of many coastal countries that overlap their range. Their torpedo-shaped bodies are very well adapted to swim fast, with great efficiency, hunting smaller fish and other prey while also evading potential predators such as sharks, dolphins and whales.

If you like your fish to be firm, healthy, responsibly caught and tasty, one-by-one-caught tuna is by far the best option for you. 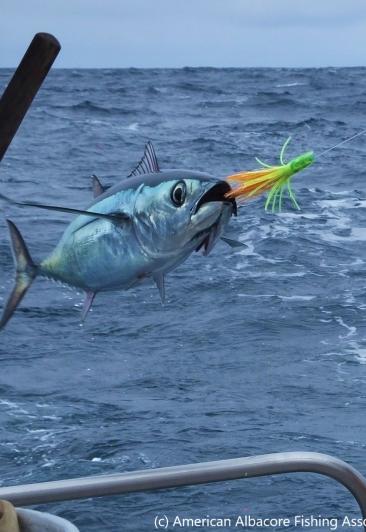 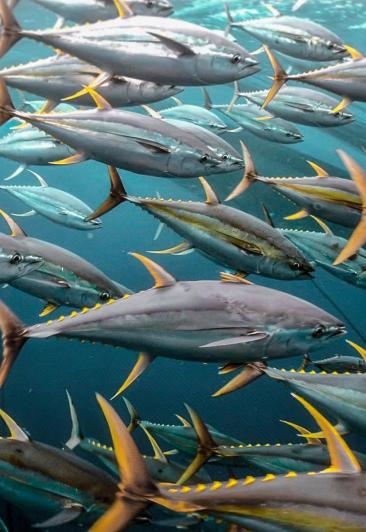 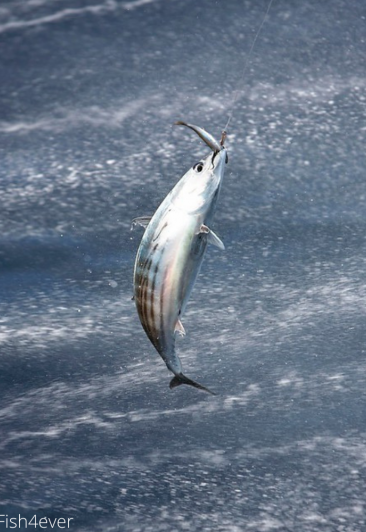 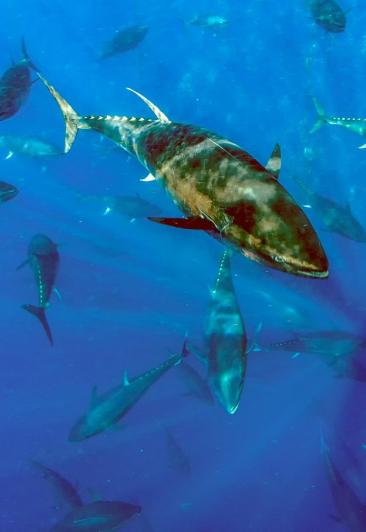 Thunnus thynnus
No fisheries on the STP 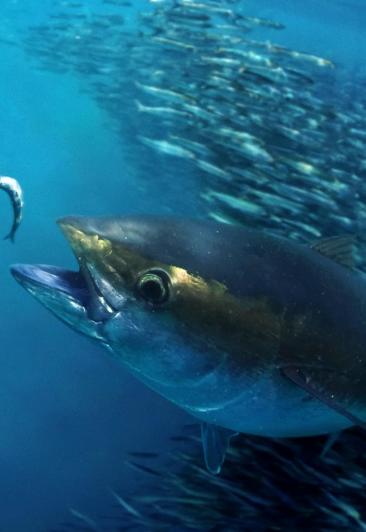 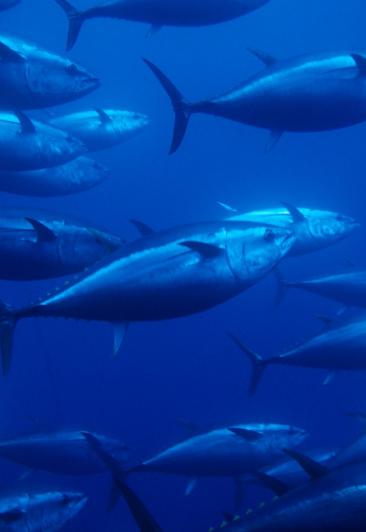 Thunnus orientalis
No fisheries on the STP