Santa Catarina is one of 4 canneries that fall under Pão-do-Mar's representation. The factory is located in the Fajã Grande of the village of Calheta on the island of São Jorge in the Azores.

Santa Catarina is solely dedicated to the production of canned tuna, with a variety of flavours and preserves on offer. The cannery pride themselbes on their artisanal fishing methods and sustainable approach to fishing.

The factory is the main private employer on the island of São Jorge, employing 120 women and 19 men, creating a high number of jobs for such a small island. All of the tuna is hand-prepared with the utmost care and attention to produce a high-quality product.

END_OF_DOCUMENT_TOKEN_TO_BE_REPLACED 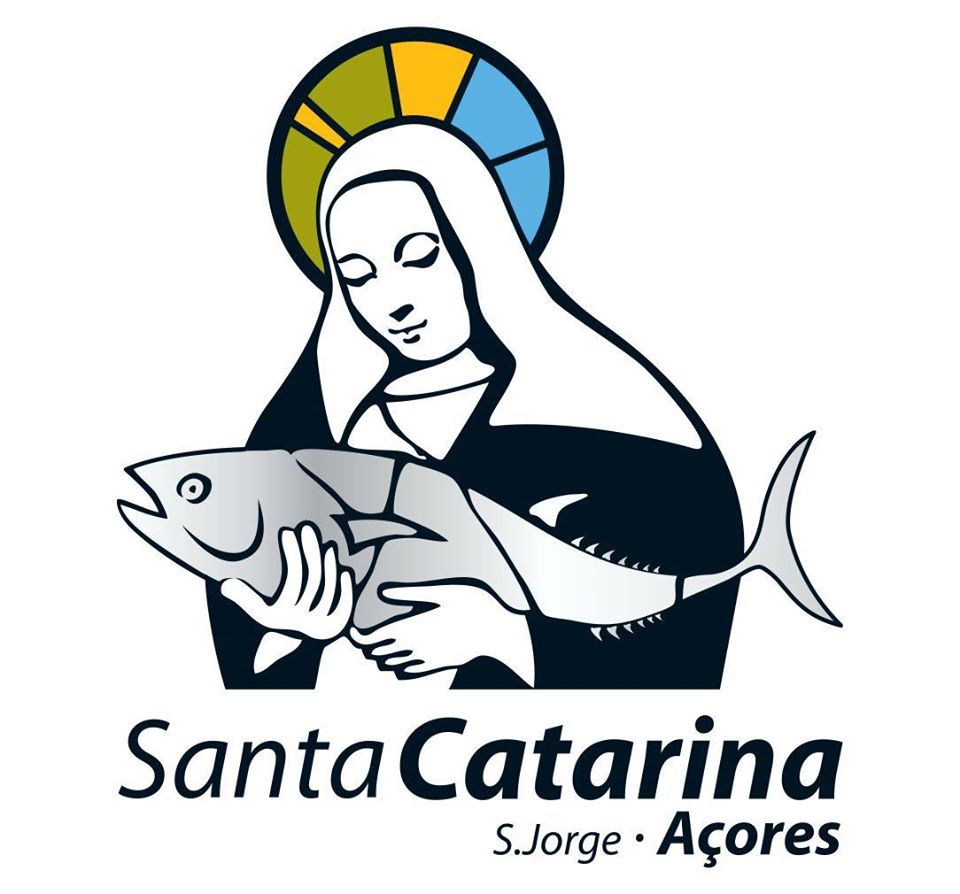 Some brands are born to give us sensations and emotions. In fact, these brands exist to tell us stories. To create products which hold knowledge, value and tradition. This is exactly the case for the old cannery tradition from the Island of São Jorge, the Santa Catarina factory, which brings to your table the best tuna prepared according to the traditional methods used by the ancient master canners. Have you tasted it yet? Taste the difference from the Santa Catarina, Indústria Conserveira S.A. tuna, a brand that has been serving tuna for 3 decades.

The road for this brand has been anything but easy. The factory, built in the 50’s, “suffered” a major restructuring in 1995 and so the Santa Catarina brand was born. The evolution was evident, but it was just in 2009 that the brand asserted itself with a new strength and prepared for any challenge, a reality that is proving true year after year. In 2011, there was a necessity to launch a differentiating product and one which could add value to the tuna. And so it was launched the so called tuna with specialties, meaning, a different tuna with less common ingredients, such as oregano, thyme, sweet potato, Azorean red bell pepper, among others: The Gourmet Line.

The focus in these products and flavours is the answer to the market demand and the need to make available to the people quality products that tell a story. Currently, the consumer, when acquiring a product, likes to know the context of it, and with this line of products Santa Catarina wants to tell the Azores history and the impact of the Spice Routes in the Age of Discovery. 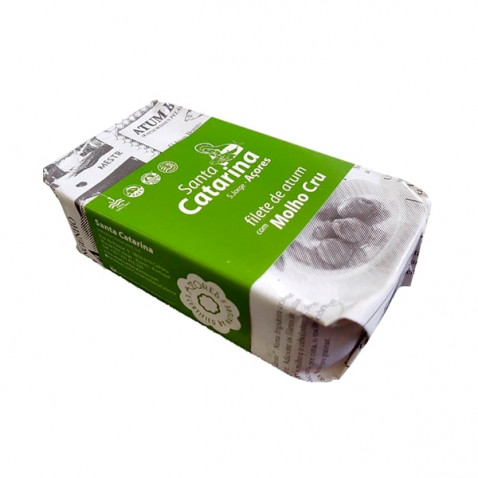 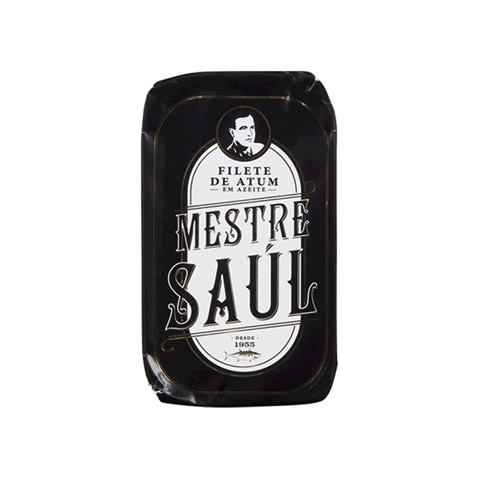 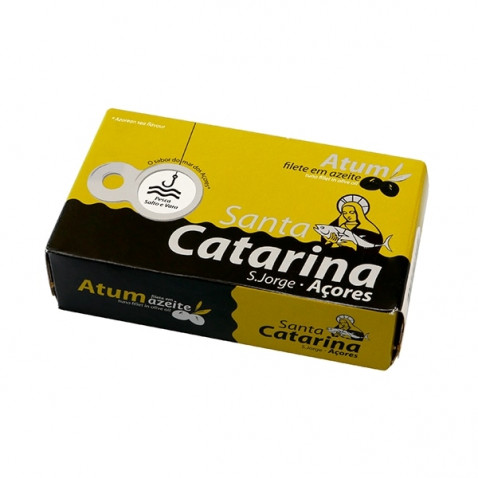 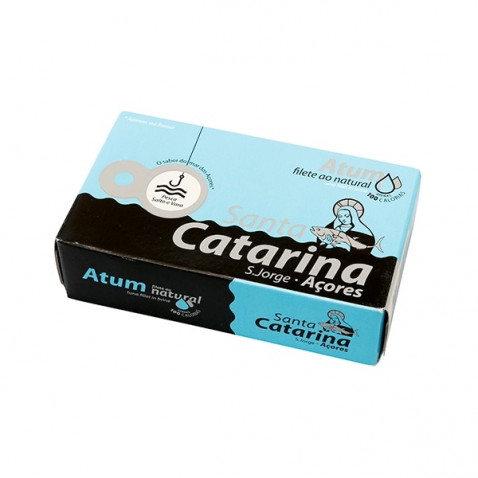 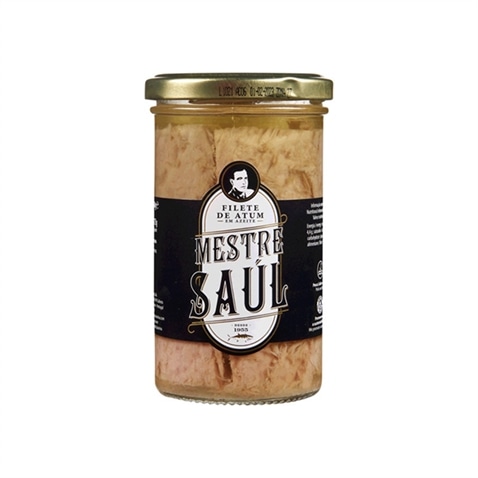 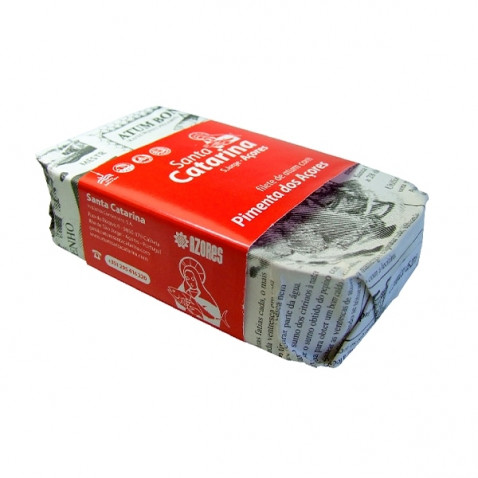 Best of the Best

There have been many prizes and awards for Santa Catarina. For 10 years in a row (2012 to 2021), in the National Contest for Canned Fish, promoted by the National Agro Fair in Santarém/CNEMA, Santa Catarina was always awarded with the “Best of the Best” prize, competing against the best brands of the market.

Santa Catarina was awarded with 2 Stars in the Great Taste Award 2015 and 2016, in the United Kingdom, for 3 products in their Gourmet Line.

In 2017 Santa Catarina was awarded the Prémio 5 Estrelas.

The international market is a very important for the brand, being present in most European countries, Japan and USA, through importers in Texas.

What is Pole-and-Line? One Man, One Hook, One Fishing Pole and One Fish

The social responsibility of companies has an increasingly important role, even more so if we’re talking about small places. The island of São Jorge has a population of about 8900 inhabitants. 4000 live in the district of Calheta, where 130 work directly for the Santa Catarina factory: it is the biggest employer of São Jorge. The tuna is still processed (cleaned and cut) by hand and the consumer knows that, they understand that that “little can” was wrapped with care by a person, not a machine.

Santa Catarina is a large employer of women on the island of São Jorge, employing 120 women. These women are responsible for processing the fish according to artisanal methods: hand washing, cooking, manual cleaning of skin, bones and dark tuna meat, separation of different parts of the tuna, and canning.

Although a very unusual 2020, Santa Catarina launched last September 4th, a new brand called Mestre Saul, in honour of an old man who brought the art of canning to São Jorge Island in the 50’s of XX century: Maturated Tuna Fillets in Olive oil for more than 12 months in the dark and at a controlled temperature. Texture and flavour beyond all known levels!

Heir of an old cannery tradition of the São Jorge Island, Santa Catarina’s factory brings to your table the best tuna prepared according to artisanal methods used by the old cannery masters.

Santa Catarina commits to using pole-and-line caught fish: one pole, one line, and one fish at a time. This is the most sustainable way to catch tuna, minimising bycatch, plastic pollution or overfishing of stocks.

By joining IPNLF, Santa Catarina commits to transparency throughout the supply chain of their tuna processing. In 2017, Santa Catarina joined IPNLF and partners in their support of one-by-one tuna fisheries. The Azores Declaration was a definitive commitment to ensure a sustainable and equitable future for fisheries as well as prioritising the needs of associated communities and cultures.

2021-05-19
5 Products 5 awards The Santa Catarina Cannery Industry recently won five awards at the 3rd National Competition for Canned Fish , held in Santarém. The Azorean canning won awards with all products submitted to the competition, including the most important event that distinguishes “Best of Bes...